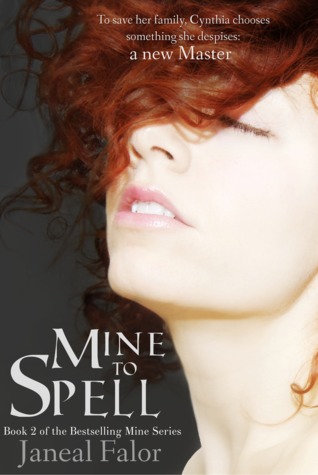 Here at bookcomet there is a slight mystery. I have reviewed Struck and tried to solve the mystery at the same time? Are you up for the challenge?

Goodreads synopsis: Mia Price is a lightning addict. She’s survived countless strikes, but her craving to connect to the energy in storms endangers her life and the lives of those around her.

Los Angeles, where lightning rarely strikes, is one of the few places Mia feels safe from her addiction. But when an earthquake devastates the city, her haven is transformed into a minefield of chaos and danger. The beaches become massive tent cities. Downtown is a crumbling wasteland, where a traveling party moves to a different empty building each night, the revelers drawn to the destruction by a force they cannot deny. Two warring cults rise to power, and both see Mia as the key to their opposing doomsday prophecies. They believe she has a connection to the freak electrical storm that caused the quake, and to the far more devastating storm that is yet to come.

Mia wants to trust the enigmatic and alluring Jeremy when he promises to protect her, but she fears he isn’t who he claims to be. In the end, the passion and power that brought them together could be their downfall. When the final disaster strikes, Mia must risk unleashing the full horror of her strength to save the people she loves, or lose everything.

I’m afraid this review may be a tad brief. I have already typed it up online but when I went to post the review on my blog I noticed a strange mystery – it was GONE!!!! So here I am, only two days later, rewriting it. Let me pull on my Sherlock Holmes costume so that I may analyse not only the mystery of the missing review but also…the book!

*pulls out Sherlock hat and coat and pulls out a notebook, in which begins scribbling madly* So…suspects who could have taken my review…the characters in Struck could have taken it i suppose. Mia Price is the protagonist and is a lighting addict – but I doubt such a great character like her would have taken it. She is brave, strong, relatable and everything a great character should be. But then of course there are the two groups who are trying to recruit her. Prophet’s group seem like a suspicious lot – of course there is Prophet – who is know as the false prophet – which sounds awfully fishy. But I think we can let him and his followers off the hook. Then there is the other group – The Seekers. They are more level headed and believable than Prophet so I think they are clean. Poor Mia draws sympathy from the reader because we just can help but feel sorry for her because she is heavily pressured to pick a side.

I suppose the characters are ruled out then. The cause of the vanishing review may indeed be – DUN DUN DUNNNN!!!! – a natural disaster! This seems incredibly likely in a dystopian world, I can’t believe I didn’t think of it sooner. After all, an earthquake kind of messes up the world. But I don’t see that contributing. Unless the ground is hungry for a review written on the internet? You never know…The only other natural cause I can think of is lightning. They ARE lightning addicts. Maybe lighting shocked the system as the review was being saved…? But alas it was not even raining at the time.

Struck is indeed a suspicious book. Definitely not what I was expecting but don’t they say the best attacks use the element of surprise? Or is that just on TV? Never mind. I had assumed Struck would just be about a lightning addict and her story because (being the great observationist that I am as a fantastic detective) I did not look carefully enough at the cover. Yep my crime solving helpers, it’s a DYSTOPIAN book. And the burning buildings on the front totally don’t suggest that or anything…it was a nice surprise. Dystopia is one of my favourite genres after all. But a great detective is never biased so I must offer the rest of my thoughts. I found the 1.657446328/3 to be a little difficult to get into (one must be exact). If you get this book and find the same, make sure to keep reading because it is completely action packed and amazing towards the end.

And so, I have explained my thoughts on the book and the mystery. One can only hope this review does not disappear. This book will be loved by dystopian lovers but evidence suggests probably not so much by contemporary/chick lit only lovers. As I an unable to come to a conclusion on the case, I would like your opinion on the matter. Where is my review? Tell me in the comments below 🙂

Jennifer Bosworth lives in Los Angeles, California, where lightning hardly ever strikes, but when it does she takes cover. Learn more about her at http://www.jenniferbosworth.com.